Check Out The Latest News 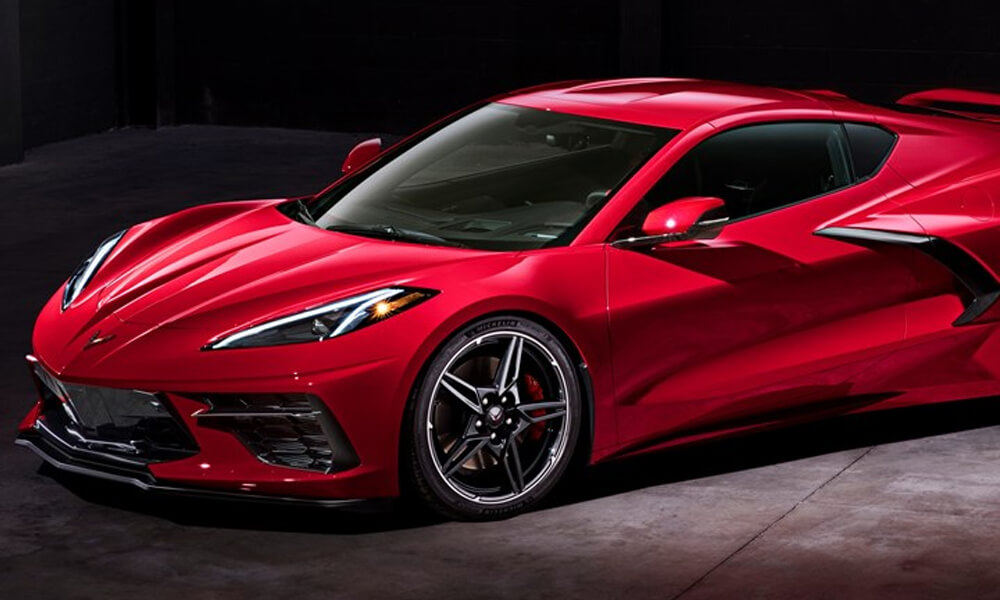 At the launch of the 2020 C8, Columnist Dale Brosius reflects on the iterations of multi-material innovation in the manufacture of Corvettes over its history. The prevailing narrative among the composites community for the past decade is that the “vehicle of the future” will be multi-material — some combination of steel, aluminum and composites in the body panels and structure. At the Society of Plastics Engineers Automotive Composites Conference and Exhibition (SPE ACCE) in Novi, Mich., U.S., this September, attendees were treated to a display of the new 2020 Chevrolet Corvette (also designated C8, denoting the eighth generation version of the model), alongside a cutaway vehicle showing how truly multi-material — and multi-process — this car is.

In fact, the Corvette has been a multi-material vehicle since its inception in 1953, a legacy that goes back 66 years. General Motors (GM, Detroit, Mich., U.S.) designer Harley Earl created a sports car design aimed at competing against British and Italian designs. To save tooling costs, GM elected to produce all of the body panels, including the floorboards, from hand-laid fiberglass composites. Molded Fiber Glass Co. of Ashtabula, Ohio, U.S., was selected to manufacture the bodywork, with 300 vehicles built by hand in Flint, Mich., over a rolling steel chassis. Production was moved to St. Louis, Mo., U.S., the next year, and to Bowling Green, Ken., U.S., in 1981. Maximum production of the Corvette occurred in 1979 at 53,807 and has fluctuated between 20,000 and 40,000 since — all well above historical composite-intensive cars from other manufacturers.

The Corvette has always been GM’s platform for award-winning new materials and processes, and an industry leader in composite body panel technology. Hand layup was replaced by liquid compression molding in 1968, making the panels lighter and thinner. Sheet molding compound (SMC) debuted on the car in 1973, paving the way for SMC use across the industry to this day. Successive improvements in SMC also found their way onto the Corvette. While at Dow Chemical, I worked with GM back in the mid-1980s to qualify the first low-density SMC (1.3 vs. traditional 1.9 specific gravity), enabled by the addition of hollow glass microspheres, for the floor and other non-appearance parts of the Corvette. Multiple iterations of low-density SMC, including for exterior Class-A panels, have entered production since. The C8 debuts the first ever SMC and liquid compression molding materials that “float” — they have a specific gravity under 1.0 — in the front and rear truck storage areas.

GM’s initial foray into carbon fiber body panels was the hood on the 2004 Le Mans Edition of the C5, a program I was also involved in and that used autoclave curing for the outer panel and a hybrid glass/carbon SMC inner panel. The C6 Z06 model introduced in 2006 had carbon fiber fenders, wheel liners and floorboards. The ZR-1 version of the same vehicle added a carbon fiber hood and splitters. With the C7 Stingray, GM equipped all Corvettes with carbon fiber hoods and introduced a carbon fiber removable roof, which carries over to C8, although the C8 reverts to a low-density SMC hood.

The Corvette was the first passenger car to get a fiberglass composite leaf spring — a transverse rear monoleaf spring produced via filament winding and compression molding — in 1981. For the C4 introduced in 1984, GM added a front transverse spring, which allowed for a lower hood line. This suspension design was carried forth through the C7 models, a run of 35 years. The C8 mid-engine design eliminates the composite springs, yet the early Corvette success led GM to put composite springs on minivans in 1985, luxury vehicles in 1986 and on millions of mid-size cars from 1988 to the mid 1990s.

The Corvette has also pioneered advances in bumper systems, employing the first commercial bumper beam made from glass-mat thermoplastic (GMT) in 1984. By the 1990s, more than 16% of passenger cars worldwide used a GMT bumper beam, with a number of vehicle models globally employing the technology still. In 1989, GM switched the Corvette bumper beam to structural reinforced injection molding (SRIM), using a Dow polyisocyanurate, which led to SRIM beams on GM minivans at volumes of 115,000 per year, and eventually to the production of the SRIM Pro-Tec box used on GM pickups from 2001 to 2003.

The C8 introduces a new technology and material into the rear bumper beam: a curved pultruded carbon fiber beam from Shape Corp. (Grand Haven, Mich., U.S.) that weighs more than 60% less than the aluminum extrusion used in the C7. Shape uses technology licensed from curved pultrusion technology developer Thomas Technik + Innovation (Bremervörde, Germany). Are we likely to see this technology proliferate in other bumper systems and at other OEMs? Based on the history of the Corvette, my guess is we will.

A compact pultrusion machine that is 75% shorter than usual ones

pullCUBE - a game changer in composites!